See How NCCO Is The Most Advanced Air Purifying Technology 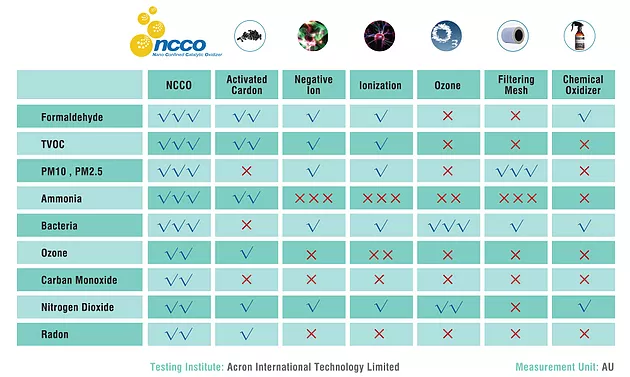 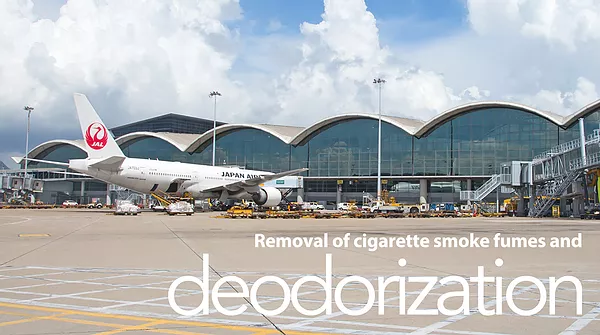 At one of the busiest airports in the world, our air purifying technology had a true "trial by fire". The NCCO air purifiers were first tested in one of the main smoking lounges to combat smoke, particulates and dangerous fumes that accumulated in this area. The Air Quality results after the test were so outstanding that there are 100+ NCCO air purifier units throughout the terminal in washrooms, smoking areas and high traffic areas. 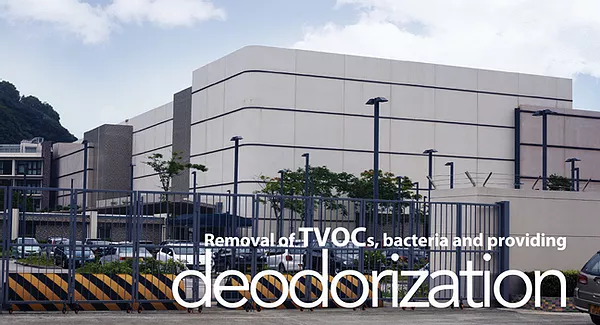 HSBC’s data centre is situated nearby to a landfill area and foul odours from it entered the building via the fresh air system causing employee distress and health concerns. Our NCCO air purifiers were installed ‘in line’ of the building fresh air system to remove the VOCs, bacteria and odour included in the airflow. The problem was resolved much to the employees delight. 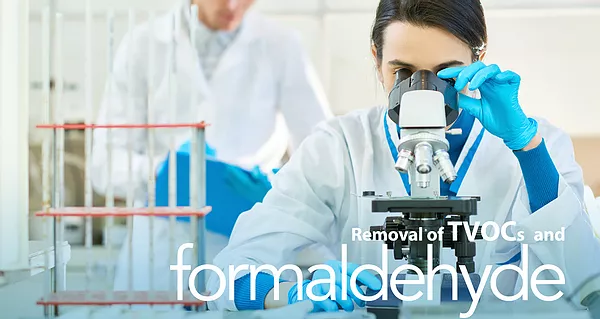 Used in the hospitals pathology laboratory, they had severe problems with formaldehyde, xylene, ethanol and DAB fumes. After the NCCO units were installed, the formalin fumes were reduced by 90+% and the solvent fumes by 60+% even in a fully operating laboratory environment (new sources of fumes being added every hour). 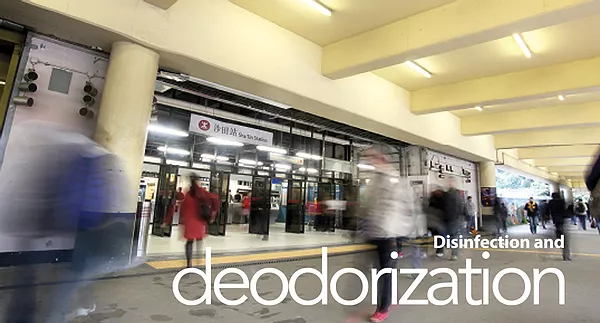 Servicing over 50,000 passengers daily, the station had a problem with smog, fumes and heavy volatile organic chemicals. After several of the permanent NCCO fixtures were installed, the Air Quality test revealed a dramatic improvement and the area saw a marked increase in rentals, clients and shoppers leading to increased commercial revenue.

Similar to dust filters in your air conditioners, these will remove large particulates from your air. You should remove and clean these in hot soapy water, let them dry and replace them into the unit every 2-4 weeks.

Removes solid pollutants like pollen, dust & smoke from your air. With b-Mola you do not have to worry about allergy season again and only need to replace this HEPA filter once a year.

NCCO is short for Nano Confined Catalytic Oxidation. Instead of absorbing the chemical pollutants like the older traditional air purification technology, NCCO sanitises up to 99.97% of harmful air and smells. Instantly destroy any room odor and air pollutants with b-MOLA with its patented NCCO technology.

Conventional air purifiers, such as active charcoal, can only absorb but do not decompose of the pollutants. As a result, it can only last about 3 months. Once the filter is saturated, the absorbed pollutants will be released back into the air and cause “secondary pollution,” which can be very harmful to your health.

In contrast, NCCO decomposes pollutants and can last 5-10 years without being replaced.

In combination with the NCCO Reactor, an Active Oxygen Generator is used to kill up to 99.7% of viruses and bacteria absorbed by the filter. Unlike traditional UV-C and OZONE air purifier, active oxygen is safe and can be decomposed by NCCO filters; causing no harm to humans. This technology has been used to protect people from infections in hospitals.